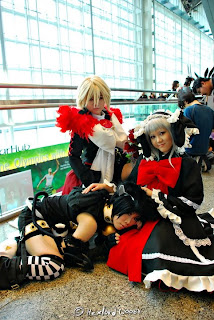 No, I did not cosplay as them. I just think that the cosplay is awesomeeee. +O+~
Xrystal, Hoshi and Sfsakana did a Vocaloid team for Streetfest 2008 and this time, in CosCon 2008, they pwned again~ xD

Anyway, the 'game' they are cosplaying is called Princess Nightmare. 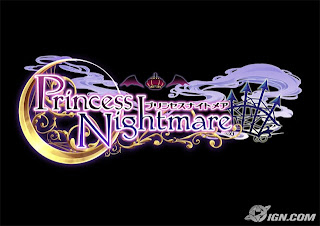 I do not really know what is going on in the game ( because I do not read Japanese ) but I MIGHT be cosplaying. Can't really say yes, because my cosplay plans are already full ( yeah, full. )

Yuki nii-san and I are deciding to keep our cosplay plans a secret. So, my section on cosplaying would be deleted by will be replaced as something else also. Who knows? Just keep looking.

Need to study maths and Social Studies. See ya~ xDD